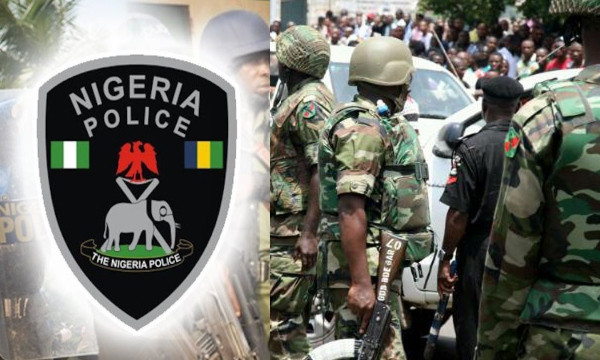 There’s yet another brewing face-off between the Nigerian Police and Nigerian army, following the counter statement on the killing of some residents of Isheri Olofin, a boundary community between Lagos State and Ogun State.

While the Assistant Director of Army Public Relations, Major Clement Abiade claimed a soldier was injured as he denied the involvment of the military in the killing, Ogun State Police spokesperson, Oyeyemi Abimbola said eyewitnesses disclosed that the soldiers dragged a resident from the hospital where he was being treated and stabbed him to death with a bayonet.

The killing came off a disagreement during the celebration of the Isheri Day Festival on Monday August 12, Punch reported. Oyeyemi said at least 4 soldiers were involved in the killing and also revealed that efforts to bring the suspected killer(s) to book is already in play.

He said, “The Commissioner of Police, Bashir Makama, has ordered a full-scale investigation into the “Isheri Day” shooting incident in Ogun State on August 13, 2019, by suspected soldiers believed to be from Ikeja Cantonment, with a view to bringing the suspects to justice.

“Credible Information at the disposal of the command has it that on the said date, four men of the Nigerian Army believed to be from Ikeja Cantonment and posted to Kara Market, left their beats and went to Isheri Olofin, a border town between Lagos and Ogun State where the indigenes of the town were celebrating their annual “Isheri Day”.

“The soldiers, on getting there, had a minor disagreement with some youths which made the soldiers start shooting sporadically into the air.

“Consequently, one Damilare Adelani was hit by bullets and he died on the spot. The ugly incident infuriated the people at the scene who in turn reacted violently against the soldiers leaving one of the soldiers and three other civilians injured.

“The soldiers quickly took their injured colleague to a hospital where they met one of the injured civilians being attended to by a medical doctor on duty.

“The statement from the officials of the hospital reveals that the soldiers ordered the doctor at gunpoint to leave the injured man and attend to their colleague.

“They then dragged the patient out of the bed and subsequently stabbed him to death with a Bayonet attached to the muzzle of his rifle.”